My editorial from POOL ANNUAL 1

The idea to bring out POOL magazine was a very spontaneous one, arising out of a need for something tangible that covered all aspects of design, without boundaries. In India we have been feeding on design icons from the West for a very long time – I thought it was a good idea for us to create our own heroes. After I discussed the idea with some of my friends and peers, I realized the true magnitude of the idea; I would face problems pertaining to finances, time, as well as content. But every skeptical opinion I heard made me look for more ways to make the idea happen.

I figured a conventional business model for the magazine would take too much of my time, and perhaps distract me from running my own design consulting practice (INDI Design). So, I created a new business model, deciding to use the team from my design practice to take the idea of POOL to fruition. POOL gets made in the gaps in our regular work schedule. The availability of content was an issue initially, but with the magazine gaining popularity, we are now in the position where we have content lined up for the next six issues…things are pretty much falling into place.

By the time the 12th issue of POOL was released we had a growing base of subscribers, and the unanimous feedback was that the content was timeless and so relevant to our times. Almost all the new subscribers began to ask for earlier copies that they had missed, and we realized that we had long run out of them! That was when we decided to compile an Annual edition of the first 12 issues of POOL and make them available as part of a book on Contemporary Indian Design.

It was another exciting idea, and we started working on this with our usual enthusiasm. We decided to keep each issue as it was to provide a record of how the magazine had developed. There have been small incremental changes in every issue, and the magazine has indeed come a long way from its first almost tentative splash into the pool of Indian design. When I look at this volume now, I see anew a wealth of young and experienced talent from so many creative fields of design…it makes me very proud to be part of this world.

Design is a relatively new profession in this country, and most of our students are exposed to design only through the writings and work of Western designers. Not everybody has the opportunity to travel and see the world for themselves. In that sense design remains a distant ideology for many designers trained here – so many of our professionals have such esoteric ideas about how design relates to life. POOL is bringing design in India back to life. When we see our own people doing innovative things, we get inspired and motivated. That is the purpose I see POOL fulfilling.

There is another reason for the POOL Annual. Despite the fact that the world is recognizing the growing population and economic strength of India, there is a glaring lack of awareness about the design sector and its contribution to economic growth. This is largely due to the absence of a voice from India in the field of design, a voice that can tell the world that original ideas by Indians are taking their rightful place in the sun. The truth is that economic growth in India is fuelled by the small scale sector of industry that uses far more indigenous and radical ideas than the organized sector does.

An effort like this is a huge team effort. POOL’s advisors have been pillars of strength in more ways than one, always listening to me patiently and suggesting simpler and easier ways to get over problems. INDI teams across geographies (Pune, Mumbai, and Riyadh) take special pride in bringing out POOL. They have transformed into a truly dedicated team of good designers committed to furthering the scope of the magazine. Their enthusiasm and animated discussions on design and work makes working on POOL an extremely enjoyable task. Designindia, the online forum, has also been a constant source of inspiration, allowing us to keep a finger on the pulse of
Indian design.

My first debt is to my parents and my teachers (gurus) who showed so much faith in this idea that we started believing in it too. I hope you, as a loyal POOL reader, believe in it too! 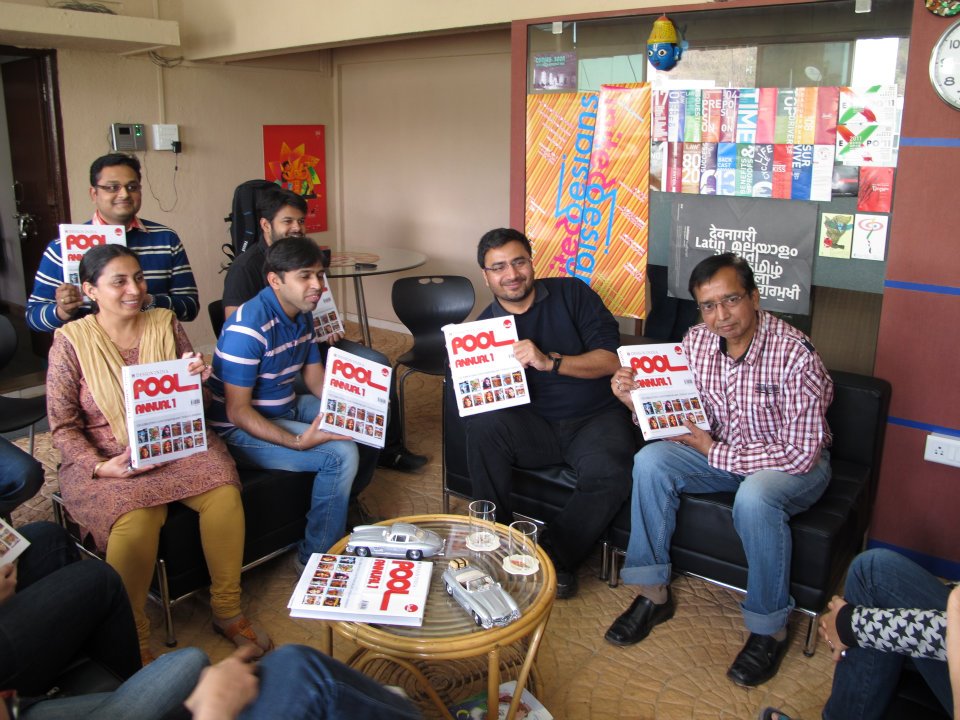